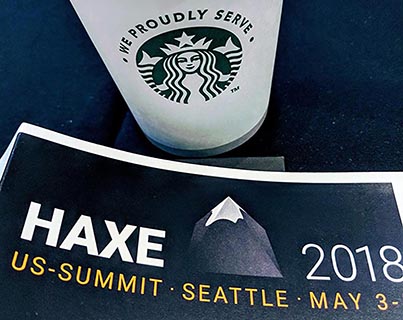 The first Haxe U.S. Summit has come and gone, but it won’t be soon forgotten. Themes of inspiration and cooperation dominated the 3-day event as Haxe users from around the World gathered to share their work and ideas. Along with talks and workshops, there were plenty of festivities including a casino night, a tour of Summit sponsor FlowPlay’s offices and a trip to the top of the Smith Tower. You can find all the talks here. If you need to wait to catch up on the videos, here are some of the key highlights from the event. 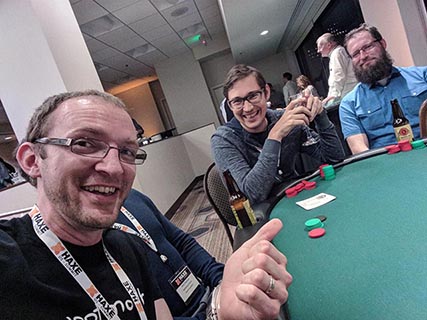 Inspired by the Inspirational

Longtime Haxe community advocate Josefiene Pertosa kicked off the Summit with a speech that focused on the core theme of inspiration. This, along with her closing address definitely motivated the crowd who engaged in lively, creative discussion throughout the conference. 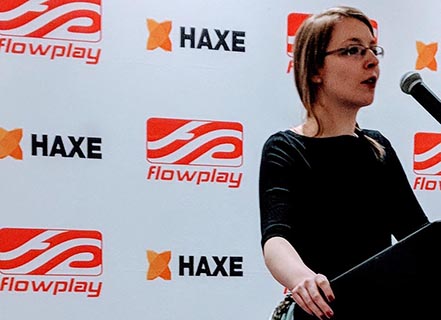 Haxe Foundation director Nicolas Cannasse showcased some of the new features coming to version 4.0 of Haxe. Some of these include:

You don’t need to wait for the release to try out these new features. Many are available now in the latest preview build.

A new process was discussed for future Haxe feature requests. The goal is more transparency and community involvement and so far the reviews have been positive.

Nicolas also introduced the Haxe community to the newest member of the Haxe Foundation, Marketing Director Phil Chertok (Me!)

I presented my ideas on how to grow the Haxe platform with a variety of suggestions involving community outreach and engagement programs. Be sure to keep an eye out because there’s going to be a lot more activity from me and the Haxe Foundation in the coming months.

Summit sponsor FlowPlay had a variety of presentations that included topics ranging from their process of converting a million + lines of code to Haxe, Mobile Development Pitfalls, Advanced Project Management and Native Extension development.

FlowPlay also showed off their gorgeous offices and hosted an exciting Casino themed event where Haxe U.S. Summit attendees got to compete for prizes.

Thanks to Adam, Craig and Scott for their fantastic talks.

OpenFL Managing Director Joshua Granick used the Haxe U.S. Summit to announce the release of OpenFL 8.0. Along with new performance features, Joshua talked about how OpenFL is now available on NPM for TypeScript & JavaScript users, expanding the reach of OpenFL to even more developers! It was also announced that HaxeFlixel 4.4.0 has been released and it includes OpenFL 8.0 support.

If that’s not enough, the Haxe U.S. Summit also featured great presentations on fabulous tools like Juraj Kircheim’s showcase of his package management solution Lix, Justin Donaldson’s wonderfully named routing utility Golgi and a series of talks on the suite of libraries from DoclerLabs called hexMachina. To round out the talks on tools, Eric Bishton reminded us all of the value of using the Haxe plugin for IntelliJ, especially for large projects and enterprise developers.

Longtime Haxe community contributor Robert Konrad delivered a brilliant talk on cooperation in the Haxe world and followed that up with a great introductory session on working with Kha.

Andy Li also held a beginners talk that gave new Haxe users a crash course in getting started with our favorite tool.

Thomas J Webb of Osaka Red had a pair of theoretical sessions, one on literate programming and another on the case for doing everything with Haxe. I don’t think you need to convince us, Thomas!

What would a Haxe U.S. Summit be without game related content? Dan Goldstein of Hyper Awesome Entertainment shared his experience getting Dungeon Punks on XBox, PS4, PS Vita, and Steam. Nicolas Cannasse returned to amaze the crowd with the capabilities of his 2D & 3D game framework Heaps. Finally, David Mouton gave a fantastic playable demo of his interactive Haxe teaching game ‘Code of War’ where you write a bot to conquer the galaxy, planet by planet.

Two of the funniest presentations came from long-time Haxe community member Jeff Ward, who’s meme generator produced an ocean of laughter. If that wasn’t enough, he also gave users insight into his preferred stack when developing web applications in Haxe. Not to be outdone, Alan Dowdeswell hilariously shared his story of how he discovered Haxe and has been using it for his interactive applications. He also showed us his Haxe themed license plate which every member of the audience wanted! 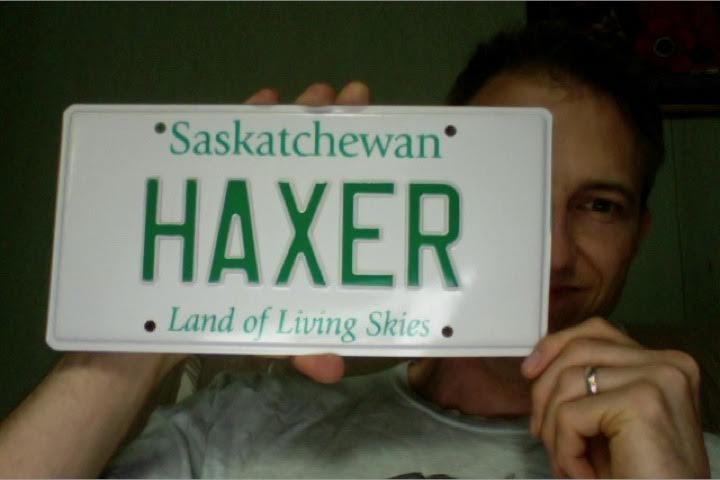 Looking back, the first ever Haxe U.S. Summit was a huge success. It wouldn’t have been possible without the tremendous support from our sponsor FlowPlay and our fabulous attendees. Preparations for the next Summit are already underway & we look forward to sharing details with you as soon as possible. Until then, thanks to everyone who took part online or in person and we can’t wait to see you all again.

If you can't wait to get your Haxe conference fix, the Hong Kong Open Source Conference will feature a Haxe track. The event happens June 16th & 17th and registration is free. So if you're in the Hong Kong area you should try to check it out. 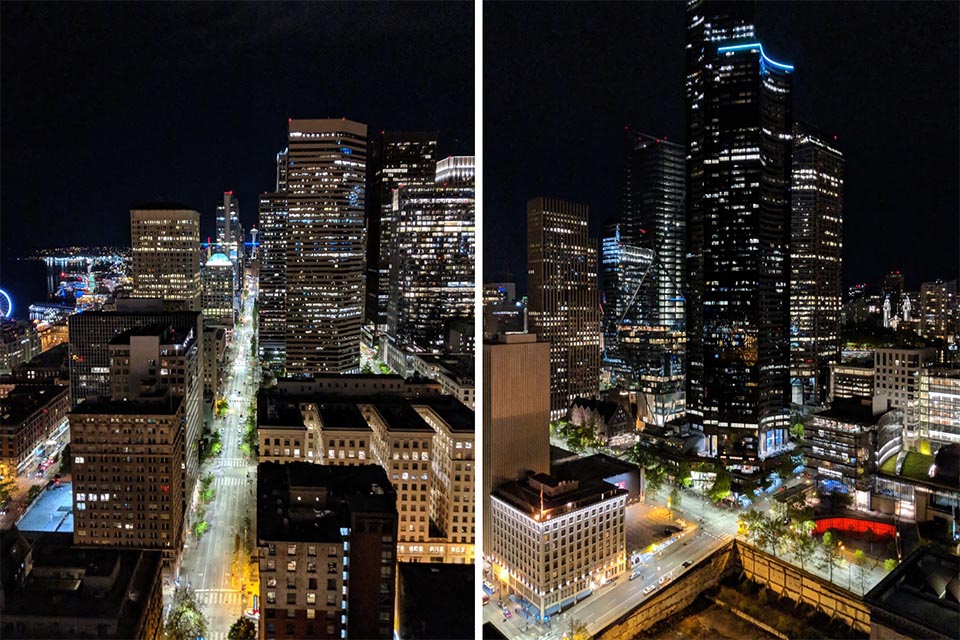